IPS recognises that its educational mission extends well beyond its own precincts. As such, we are proud to take up our place within our wider community and to work with an extensive range of partners in pursuit of our collective goals. In recent years, we have established a diverse and ever-expanding programme of partnership activities and a complete record of these may be found via the Independent Schools’ Council and its Schools Together website.

As one might expect, the educational sector provides the setting for a great many of our projects. Our Sixth Form pupils work regularly with younger pupils from a wide variety of local primary schools. At secondary level, we have focused particularly on post-16 provision. For example, we work closely with local partner comprehensive schools on matters relating to applications for higher education. Several of our staff serve on the governing bodies of local state-funded schools. Our facilities are made available to a variety of community partners.

Beyond education, we are similarly active and visible in the local community. Our pupils continue to help improve the School’s surrounding environment and regularly make and collect items for donation. The School provides a venue for locally organised events, and actively fundraises on behalf of several local charities with which it has close links.

By its very nature, IPS’s Partnerships Programme is an ever evolving and dynamic undertaking. We welcome approaches from organisations which would like to explore potential projects of mutual benefit. By the same token, we are proactive in seeking out such partners, ever-mindful of the way in which we can contribute to the betterment of our community and our society at large.

We are particularly proud of our LVIs and their contributions to community projects outside of School. All LVI pupils (who continue with three A-levels rather than four) begin a volunteering project in November which runs for the remainder of the academic year. Current project include: reading and lesson support at nearby Alton and Mosaic Jewish Primary Schools and Linden Lodge School for the Blind; making over neglected green spaces on the Alton Estate; making toys for charity donation (under the careful supervision of one of the Design Technology teachers); and supporting the work of an Over 60s café that operates near the School.

Previous projects have included creating a primary Science Club at Roehampton Library; supporting the making of scrubs and other PPE for NHS workers during the start of the pandemic; and supporting the work of charity Plogolution in litter-picking in the locality.

We are proud of the fact that even when Covid-19 restrictions were at their most severe during the academic year 2020-21, we were able to run a full weekly LVI Volunteering programme for over 70 pupils. Through these, our pupils continue to have the opportunity to develop their confidence in leadership and planning. We recognise and applaud all the effort that they have put into their projects. 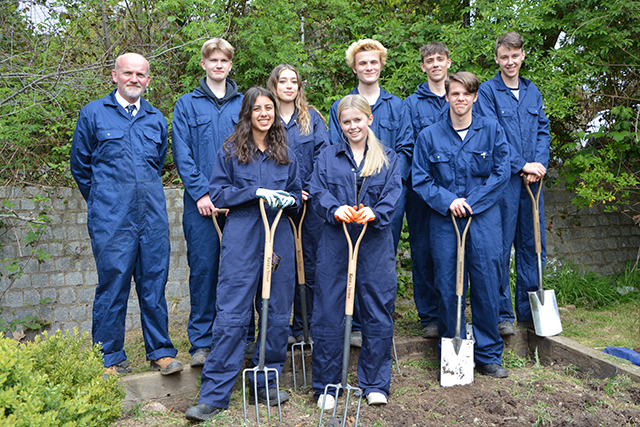 We are excited to have recently become a host site for the wonderful work of the charity Rackets Cubed. The charity’s mission statement is to “enhance the long-term achievement of inner-city kids through integrated Sports, Education and Nutrition programmes”. From November 2021, a class from The Alton Primary School has used our spaces to deliver squash and mathematics lessons, before ending with a healthy tea prepared by our catering team. A small group of LVI pupils are helping too, as part of the LVI volunteering programme.

Through the course of 2020-21, we collected both money and donation items for a variety of worthy causes. During the period of remote learning in January and February 2021 members of our Maintenance Team drove regularly to the homes of nearby parents to pick up food donations for the food boxes assembled by charities Regenerate and Rackets Cubed. Our parents’ generous donations of food have supported families in Roehampton who are living in poverty and have struggled especially in the pandemic. We have continued to support this worthy cause in 2021-22.

In addition, we collected bedding for The Scrubbery, a local scrub hub (volunteer sewing group) making scrubs and other PPE for NHS workers. We also collected children’s toys and clothes, ensuring these were inspected and sanitised before being passed on to our charity partner Little Village in Roehampton.

We have also been pleased to donate money to the charity Rackets Cubed. In March 2021, we were able to donate the sum of £3,946. This sum was raised after many of our parents chose generously to donate a rebate received on their children’s school lunches (due to be paid to them following school closure through the pandemic). In our charity stalls fair held in June 2021, we donated an additional £2000 to this worthwhile cause. 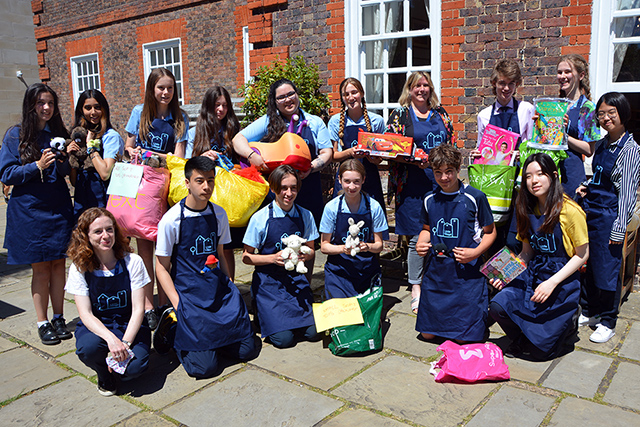 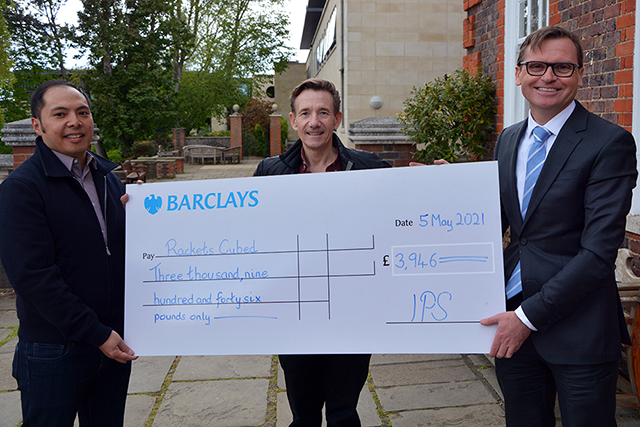 Ibstock Place School was pleased to contribute to the inaugural Roehampton Community Week in Summer 2021. For the Community Art project, a small group of Senior 8 pupils, led by Ms Elmore, Head of the School of Art, created a beautiful piece which remained in situ afterwards on the Alton Estate as part of the exhibition. We also had all Senior 7 pupils contribute to the ‘Roehampton Spring Clean’ initiative, picking up litter around the estate. In addition, we were pleased that several LVI pupils volunteered to help at the information desk while the week’s events were happening. 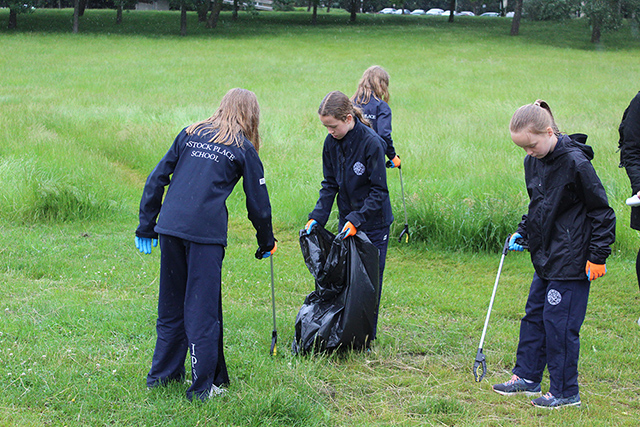 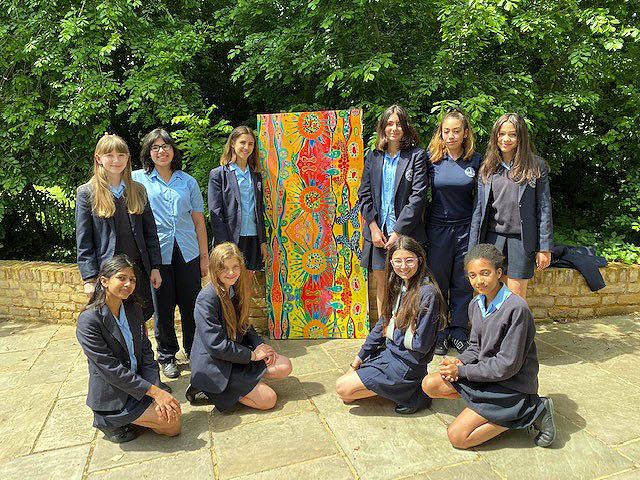 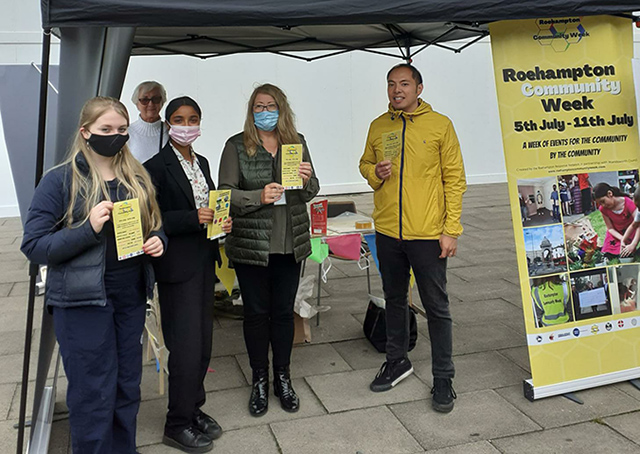 We have now run two ‘Medical Application Days’ at IPS. In both events, we welcomed nearly 40 pupils from neighbouring state secondary schools, as well as opening the event to over 20 of our own pupils. We organised four workshops designed to help pupils learn more about a career in medicine, and to give participants practical help in the application process. These sessions included workshops in medical ethics, a ‘mock mini medical interview’, and a Q&A with working doctors. We have also hosted several pupils from Grey Court School and supported them with mock university interviews. 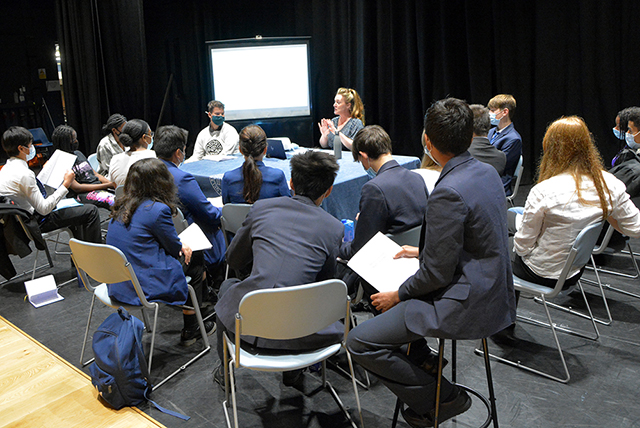 As well as Alton Primary School pupils coming on site as part of the work of the Rackets Cubed charity, a small group of pupils also use our cookery room each week in support of the delivery of their curriculum. We are also contributing to the cost of the ingredients. Also on Thursdays, Alton pupils use our swimming pool. 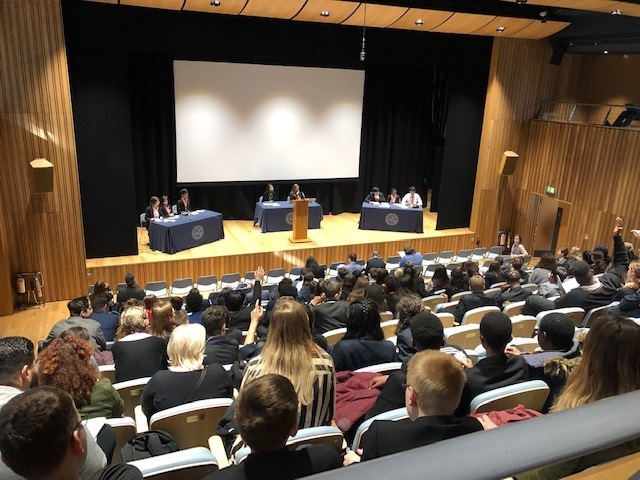 We were proud to host a major debating competition for state-funded schools across the South of England. Working with our partners The Noisy Classroom. and the PiXL Club, we welcomed teams from 40 schools, some of which had come from as far as South Wales and East Anglia. It was a great pleasure to see both the Theatre and the classrooms of New School thrum to the sound of young, enthusiastic and thoughtful debaters and the day was an enormous success. We congratulate especially the two finalists: Woodside High School in Tottenham and the Jewish Community Secondary School in New Barnet. It was the latter that eventually walked away with the trophy to progress on to the National Final at Eton College. 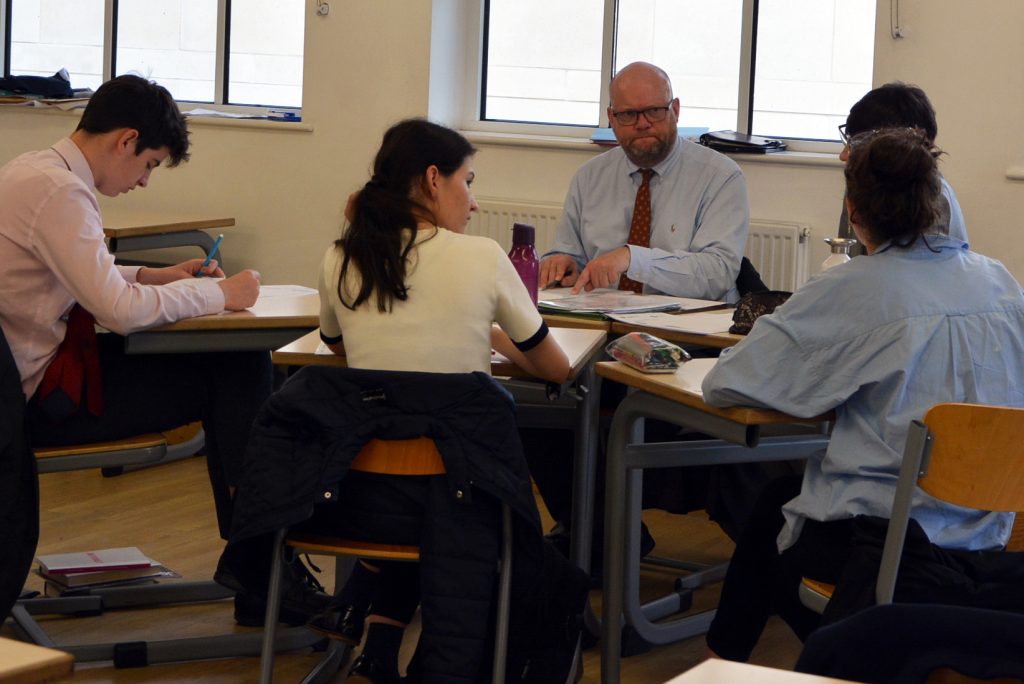 IPS hosted this day in partnership with Grey Court School. Pupils were put through their paces to prepare for all stages of the Oxbridge selection process. It began with the all-important admissions tests. Pupils were then able to review their performance with subject specialists who offered feedback. Pupils then undertook personal statement workshops where advisors reviewed first drafts and explained how to improve the second draft. Pupils were given articles, extracts, sources and problems, with the preparation continuing with ‘The Interview’ as Mrs Gillen and Ms Fincham shared some of their experiences of interviews at Oxbridge colleges. It was then over to the subject specialists once again, who put pupils through their paces, undertaking mock interview scenarios. We ended the day reflecting on what we had learned, and everyone left with at least three specific areas to work on. 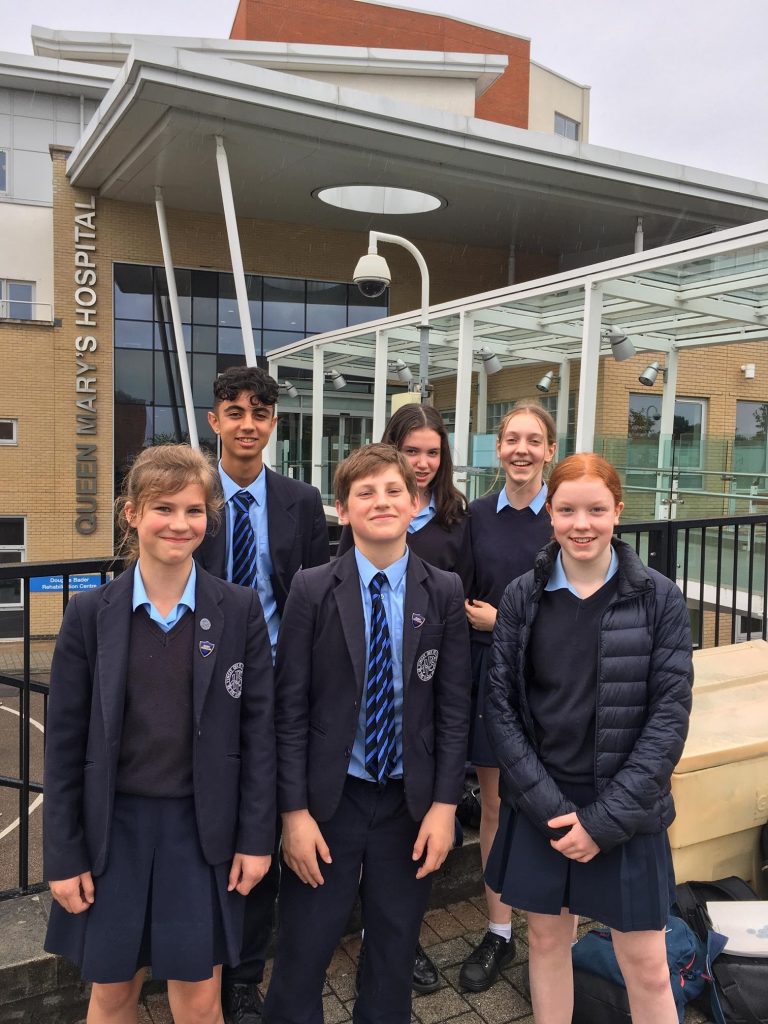 Six IPS Music Scholars visited Queen Mary’s Hospital in Roehampton where, amidst the beep of ventilators and infusion pumps, the hiss of oxygen, and the clatter of trolleys, they performed a music recital to elderly and infirm patients in one of the wards.  Thomas Boyle, S9, Sofia Caironi, S7, Edie Clemo Gibbins, S9, Sergio Hundal, S10, Lottie Sanderson, S8 and Helena Schidrich-Hyde, S9 played a number of pieces in both classical and jazz idioms to the delight of staff and patients.  Afterwards, one patient said to the pupils that they were “the most talented group of children he had ever heard” and one of the nurses mentioned that one gentleman who had not spoken a word for several weeks suddenly burst into conversation as the pupils played. One cannot underestimate the healing power of music and we hope this is the start of a long lasting relationship with Queen Mary’s Hospital.